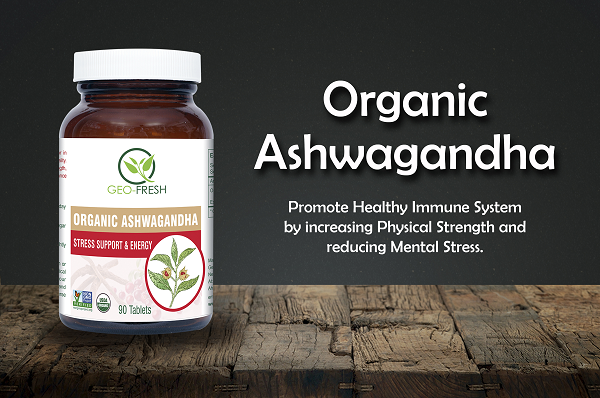 Ashwagandha:- It becomes difficult for men and women to have energy throughout the day, as they are loaded with work, and living a career-oriented lifestyle, thus taking care of mental and physical health becomes difficult. A lot of health issues are arising due to poor dietary and lifestyle choices. After all the hustle at work, there are possibilities of hormonal changes in the body due to stress. It is estimated that 3 out of 10 people face vitality problems. Resolving these issues in a natural way is of utmost importance.

Ashwagandha is classified as a Rasayana, which helps to maintain the overall health and vitality – physical and mental.

The Ayurvedic History of Ashwagandha

Commonly known as Indian Ginseng and Winter Cherry, Ashwagandha has been in Ayurvedic use for more than 4000 years.
Ashwagandha is known to be a natural supplement that is known to improve sexual performance.

Research has shown that Ashwagandha is useful in a number of ways. This herb is known to relieve stress, improve brain function and memory, cure arthritis, and lower cholesterol. it also helps increase energy levels.
It is considered to be an adaptogen, known to have calming effects that help control stress and anxiety. The rejuvenating properties of Ashwagandha make it very effective in treating insomnia. It calms the nervous system, eases stress, and gets rid of sleeplessness.