Cinnamon helps get rid of acne and pimples on the face and body. This is done by drying the skin and bringing blood and oxygen to the outer skin surface.

Give an excellent guilt-free addition to a variety of dishes and drinks. Organic Cinnamon Powder, a delightfully flexible spice, is a featured ingredient in so many healthy recipes – especially desserts.

Cinnamon is made by cutting the stems of the Cinnamomum tree. The inner bark is then extracted and the woody parts removed from it.
When it dries, it forms strips that curl into rolls, called cinnamon sticks. The sticks can be ground to form cinnamon powder.

There are no reviews yet. 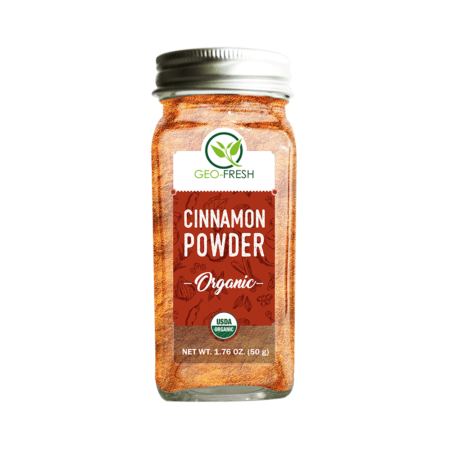